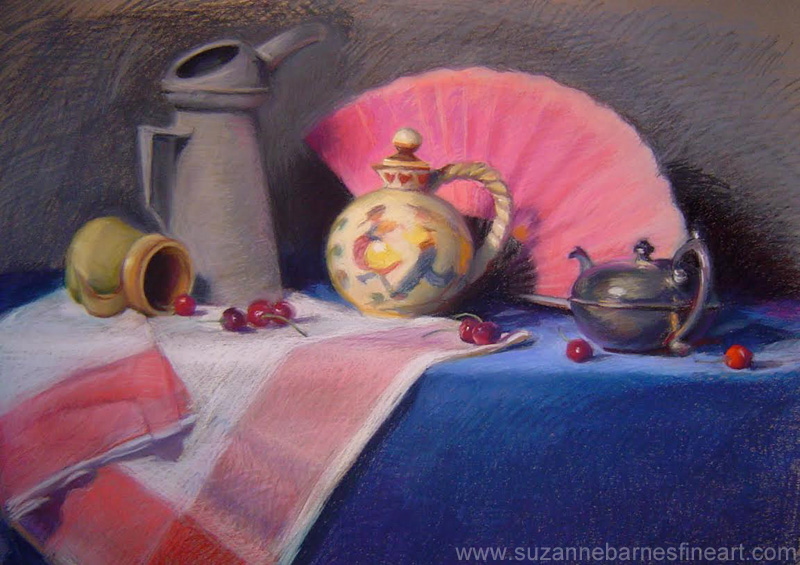 The latest news for Suzanne is very positive.  Her art has been winning many accolades lately.

In November, she won the People’s Choice award for her pastel “Hoolaule’a Moa Wahine (Hen Party)”.  In Pastel Artists of Hawaii’s spring show, she won Best in Show for her large work “Four Generations”.  In the Association of Hawaii Artist’s 90th Anniversary Show, she earned second place for her entry “Mokuoloe”.  And in the APAC (Asia Pacific Arts Council) exhibit, she won 2nd place for “Fruit and Wine Bottle”. In addition to her recent awards, she also was one of four artists in a show at Gallery on the Pali entitled “Convergence” that was well-received by the community.

Two of these shows are currently on display: