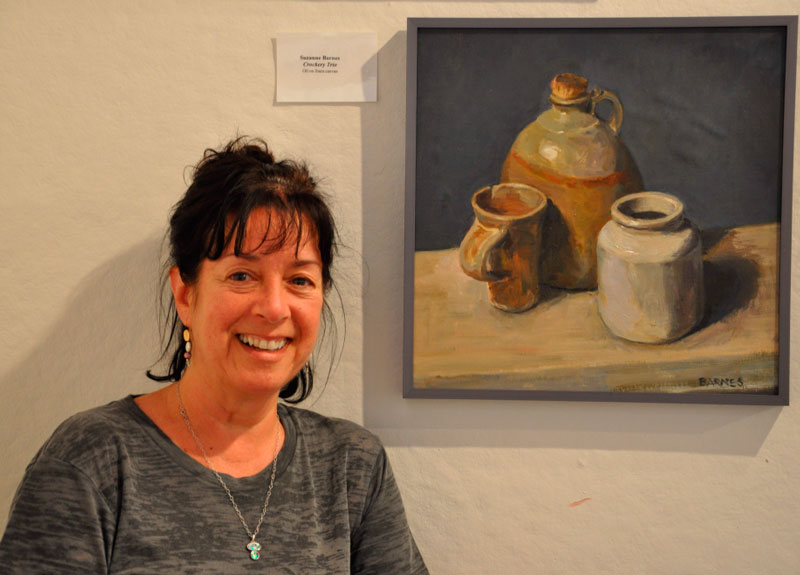 Suzanne is an award winning artist who has been drawing and painting for over 20 years. Her paintings are in collections both in Hawaii and on the mainland. She works in oil, pastel and watercolor.

Currently located in Hawaii, Suzanne spent 24 years in Wisconsin, and grew up in New York City. She received a BS in Art from City College of New York. She began painting in Wisconsin, where she graduated from The Kewaunee Academy of Fine Art. Their emphasis on drawing and painting was taught in a traditional realistic manner. She also attended workshops at the Peninsula School of Art in Door County, and the Jack Richeson School of Art. Since moving to Hawaii in 2011, she has taken courses at Windward Community College and Honolulu Art Museum School. She studied under Craig Bleitz, Bonnita Budyscz and Bonnie Paruch at KAFA. She was trained in portraiture by Dawn Whitelaw and Michael Shane Neal. Her interest in plein air blossomed under the influence of Ken De Waard in Wisconsin, and Mark Norseth in Hawaii. Norm Graffam, Bryce Meyers and William Zwick have contributed to her education.